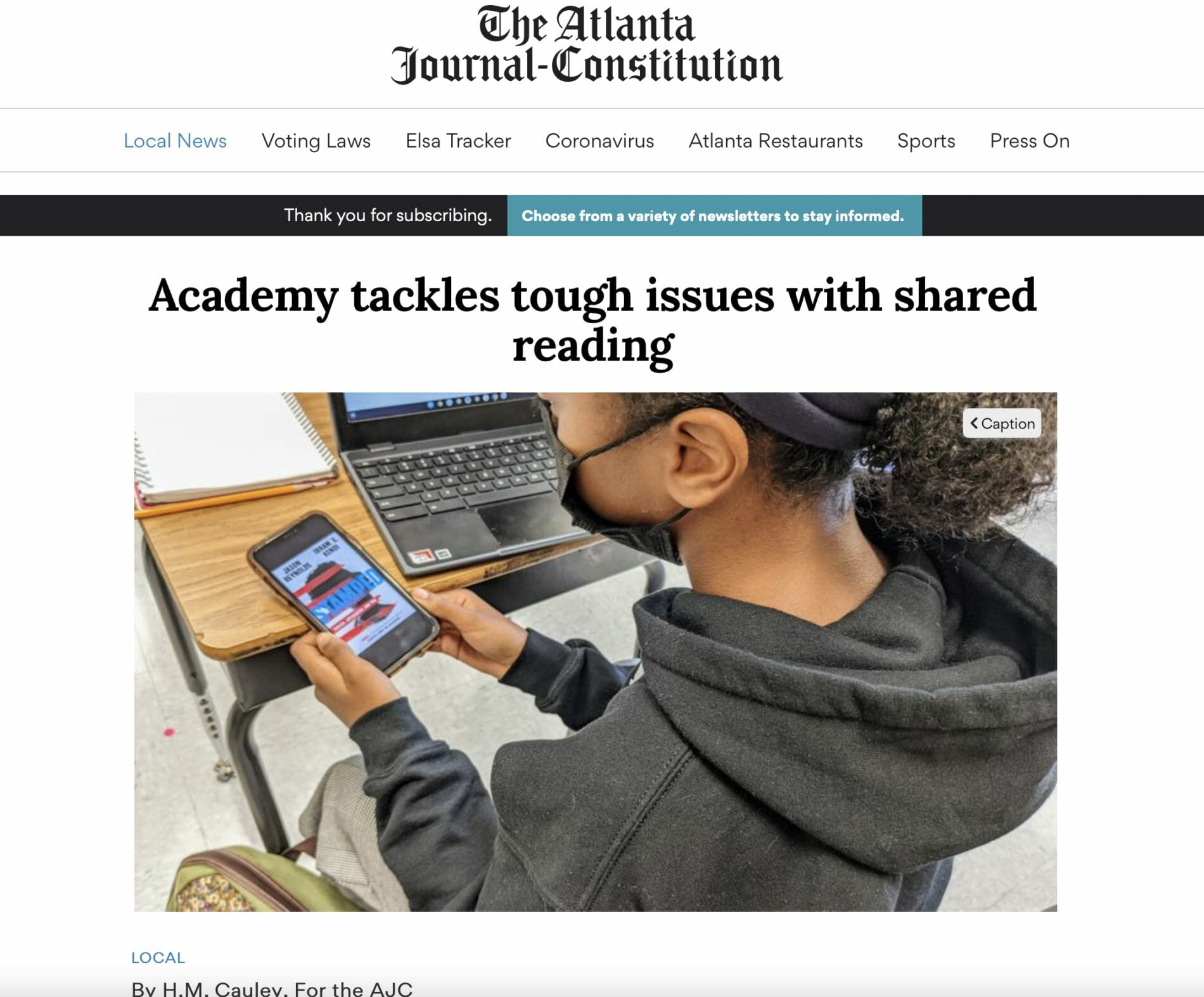 Wesley International Academy’s Melanie Dillett-Dukes was looking for a way to start a meaningful conversation about events in the news. And she wanted to have that discussion with her colleagues first.

“After the trauma of black and brown people was broadcast to the world, I proposed to my executive director that we have a serious conversation,” she said. “We have a mixed staff, and we’re a predominantly black school with about 750 students in kindergarten through eighth, but we didn’t have strong, meaningful conversations on racism, inequities and oppression. We needed to start talking about racism and how it impacts students, teachers and parents.”

Dillett-Dukes suggested the staff read “Stamped,” a book by Jason Reynolds that was published last summer to tackle just such complex topics.

“We started off as a staff book club,” she said. “But we also saw how the next generation was ready for change. This was a book that both staff and middle schoolers could dive into.”

Last fall, the academy began hosting “equity journey gatherings” for the 80-plus teachers, staff and administrators.

“Initially we thought we’d have more pushback, but everyone was open and willing and ready to dig into these conversations,” said Dillett-Dukes. “Once a month we had activities to get people going deeper into identity and privilege, and how they intersect with relationships across races.”

By March, the teachers began sharing the book with middle-schoolers.

“A team planned a unit to flesh out what we wanted the book to be in the classroom,” said Dillett-Dukes. “They used poetry, creative design, whatever students wanted to connect to the book.”

Chloe Jones, 14, was an eighth grader when the book was introduced and was happy to read it.

“In light of all the protests that happened prior to the school year, I felt it needed to be discussed in our classroom, and I really wanted to see how my classmates felt about it,” she said. “I didn’t know exactly how the book was going to talk about things, but I was excited to learn more.”

Jones said she learned a good bit about how history and leaders relate to race issues. “It talked about things that aren’t often taught, but it’s important for my generation to be aware of these issues to hopefully change the future for the better.”

Ainsley Odle, 13, had read “Stamped” before it was introduced in class. “But this time it gave me a different take, and I was able to go more in depth about the topics with my friends,” she said. “We even talked about it outside of school. It really forced me to look at myself and my views.”

The students’ connections surprised even the teachers. A survey of the young readers revealed they had stronger feelings about treating others better and understanding where people come from. They also were keen on sharing the book with their parents who then engaged faculty and staff in conversations, too.

“Sometimes you don’t always get that ‘aha’ when you know they get it,” said Dillett-Dukes. “But that was my joy in leading this conversation.”

Information about Wesley International Academy is online at wesleyacademy.org.

Join our growing collective of parents, educators, community leaders, and philanthropists dedicated to transforming Atlanta into a place where every student in every community has access to a great K-12 public education.